Ubar Grotto’s June meeting is always reserved as our second Ceremonial of the year and Ubar was glad to indoctrinate 10 brothers into the world that we all know and love. Heck, we even have proof for Supreme, as our Supreme Council District Deputy, Honorary Ubarian, and all around nice guy Pro. Victor Mann, PM, was willing to make the trip from New York to partake in the special Ubar shenanigans.

Prior to the meeting’s start, we had quite a delicious meal prepared by the team at Commonwealth Caterers.  Chicken Cordon Bleu and baked ziti with meatballs were the main dishes; word has it that there weren’t any leftovers.  The team even concocted a special beverage that the Prophets well enjoyed.

Before conducting business, Pro. and Shiek Jay “Laser” handed out even more Enchanted Lanterns, as the Prophets feel that we haven’t given enough to the Fairchild Society.  Thanks to Pro. Dave Steffie we were able to auction off even more items for the benefit of getting kids with disabilities some dental work.  All said and done, a total of more than $150 was raised.  Well done, Prophets!

Ubar’s business portion was a quick meeting, and the only officer missing was our Chaplain, due to a family vacation (we at Ubar strive to the ideals that family is first, and wish to convey that to every member of the Fraternity).  In his stead, Pro. Dan Loughin had to step in (seriously, who keeps giving that guy jobs?)  After a quick meeting, we moved to the Ceremonial, where even more hipsters were brought into the fold (editors note: we at Ubar have nothing against hipsters.  We welcome all into our group, so long as you enjoy our shenanigans.)  Afterwards, pipes and papers where unofficially smoked.

We are off for the summer, with some possible updates coming over the next two months, so please stay tuned.  Otherwise, we will see you all at our September meeting on the 27th!  Grotto on, Prophets!

Posted by readingdemolay on May 24, 2015
Posted in: Just for Fun. Tagged: Charity, Dodgeball. Leave a comment 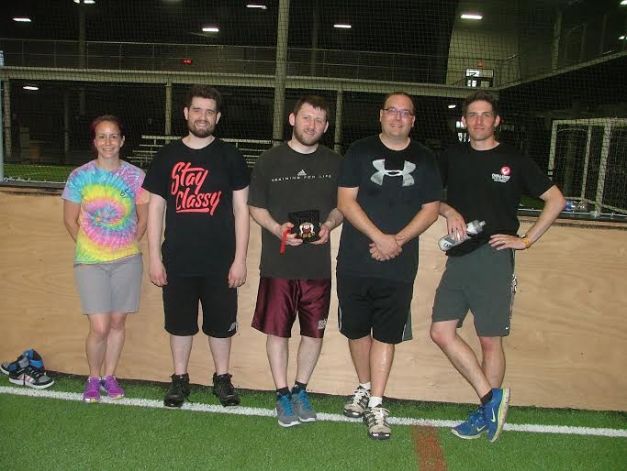 On May 16th, a small delegation of Ubarians decided that hitting kids with high speed balls would be a great idea.  Well, it’s not as awful as it sounds.  First, the balls were soft, plushy, and squishy.  And second, it was for charity! Plus, the kids were asking for it – no, really – they invited us!

A dodgeball tournament was put together by Elizabethtown Chapter, Order of DeMolay, to raise money for the Scottish Rite Dyslexic Learning Centers.  The Centers, which are the charity of Pennsylvania DeMolay, help children with dyslexia to read at an equivalent grade level.

While Elizabethtown DeMolay did secure quality fundraising, only 4 teams registered to play, and Ubar was one of them.  The facility was also rented for 4 hours, which led to the a full 4 hours of gaming, decided by the healthy, active, multi-sport playing youths.  To your out of shape Prophets (i.e.: Blaisedell, Kline, and Loughin), and the Monarch that decided a triathlon that morning was a great idea, we were tired by the end of the day.  All said and done, Ubar played 8 matches of dodgeball, at 3 games a piece (that’s 24 total games for those not mathematically inclined.)  Out of breath, nearly dead, and defeated in the championship game, Ubar thanked Elizabethtown DeMolay for the opportunity to compete, and the present Prophets did what we do best: pooled all of the cash on hand, and made another donation.  Well done, Prophets!

We have been assured that this will be a continued program, and our Monarch has promised future support.  Let us put together another quality team, but take home the golden dodgeball next year!

Posted by readingdemolay on May 4, 2015
Posted in: General Information. Tagged: Updates. 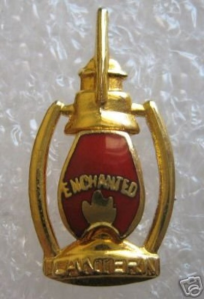 On April 26th, Ubar Grotto gathered at the usual spot to partake in its bi-annual feast of an entire cow.  That’s right, it was our famous prime rib night!  Twice each year, the members gather for Convivial feasts, which happen to be some of the best prime rib around.  The meat is so succulent, so fresh, so fall-off-the-bone good, that you don’t even need a knife to cut it.  Paired with the horseradish that Pro. Clarence creates for this magical beast, you’ll leave stuffed and able to breathe.  And if you don’t, well that’s your fault.

During the meeting, our Secretary extrodinaire reminded the delegation that if a Prophet misses the Convivial, the money he had prepaid for it is available for use by the Grotto.  Crunching those numbers, it was noticed that if that money was used to acquire Lanterns specifically for those who did not attend, then we would not only achieve 100% participation in the Enchanted Lantern program.  A big thank you to the Prophets who were unable to make it to the meeting this month.  Your efforts in laziness have help more kids get dental care!

It was also announced that Pro. Spooner was having major surgery.  The turtle master and all around good guy, Pro. Harley, was organizing several visits to see him in the Ephrata Memorial Hospital (God help him), along with dropping off a care package filled with delicious goodies to bribe the nurses.

Lastly, it was moved that we make the May meeting a travelling meeting to York.  Pro. Fulton “The Younger” has promised that because of the location of the meeting, you will not be at risk of being shot, so you can leave your Kevlar at home.

We hope to see you in York!