One of the long running jokes at Ubar Grotto pertains to a fez. More specifically, it pertains to the fez that once belonged to Pro. George H. Hindson, Past Monarch. To grasp the full story, we need to start at the beginning.

It was a cold and rainy weekend in New York City when Pro. Hindson and Pro. Seth Anthony, Past Monarch, ventured to a social gathering of Azim Grotto in Midtown Manhattan. The evening was quite festive and everyone enjoyed themselves thoroughly, including George. At the end of the evening, in a state of bliss, Pro. Hindson left the establishment of the event, forgetting his fez. Being the good Prophets they are, the Azimians reclaimed his fez and ensured that it remained in Masonic hands. The Azimians, in a moment of chimpish delight, decided that simply returning George’s fez was too pleasant of a gesture.

Enter Pro. Isaac Moore, Past Monarch of Azim Grotto. Isaac, being the good New York City Mason that he is, had met several members of the Craft who travel the globe for thier profession. He immediately began arranging for the fez to go on vacation with these men – several dozen times – to locations all over the planet. A log of the fez’s travels has been kept on Facebook at a page entitled “Where in the World is George’s Fez.”

Below, you’ll find a quick run down of the places the fez has travelled since July of 2012 (in order.):

Where will the fez go next? Keep an eye on Facebook to find out!

With the Metropolitan Police in London, England 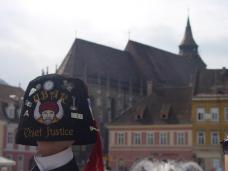 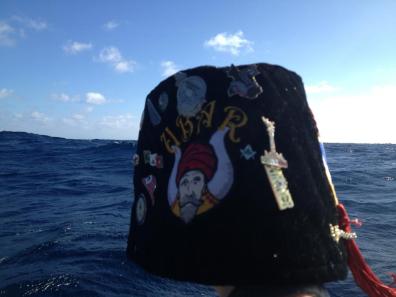 In the middle of the Atlantic Ocean. 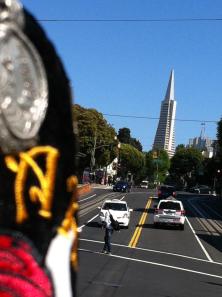 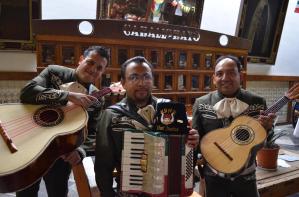 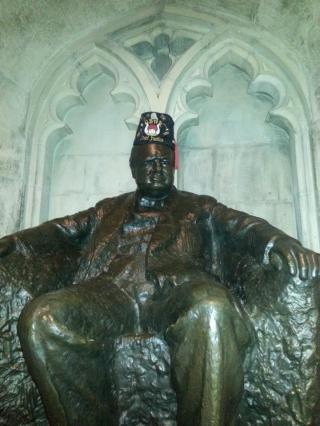 So close, yet so far! 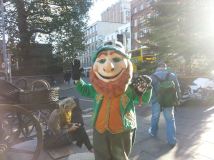 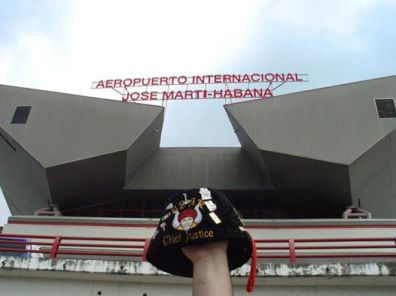 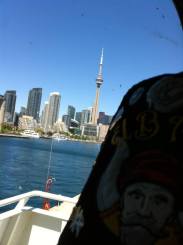 Sydney, Australia (with a fiesty Sheila!)

Middletown, PA, with the Grand Monarch